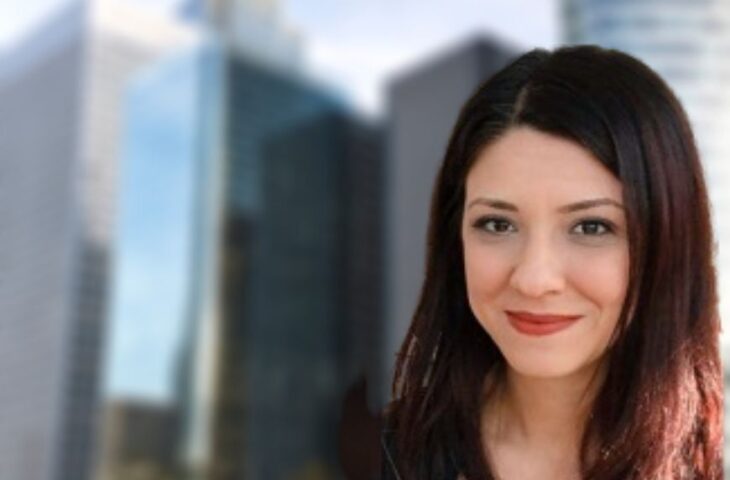 Burcu Eda Ernas (30) started the data & AI track at Techionista Academy in June 2021 and finished in December 2021. She followed the part-time track because at that time she just gave birth to her daughter. “Now I could study at night and take care of my daughter at daytime.”

From software engineer to data engineer

Burcu discovered Techionista Academy and was immediately excited about it. “The track offered me a way to learn about certain certifications for Microsoft and also it could help me to be working as a data engineer: something I really wanted to. I attended the part-time track of the academy and I had a great time there. I studied at least 24 hours a week, but also I learned a lot and made some good friends.”

Na zo’n lange tijd weer de schoolbanken in, hoe is dat eigenlijk? “Intensief”, zegt Paulien. “Ik moest erg wennen aan fulltime sThe program wasn’t that difficult for Burcu, as she already had a lot of ICT knowledge as a former software engineer. “But even if you don’t have a technical background, it’s doable, I think. In my class, there were several students from completely different backgrounds and they passed it. Maybe it wasn’t as easy for them as it was for me, but they also did it.”

Burcu really liked that the women in her class supported each other while attending the program. She formed an active community with her fellow students. “We were in constant contact with each other online. By the way, we still do that. Of course, we would also like to meet in person, but we haven’t done that yet because of corona. But hey: video chatting is also fun!”

Video calls also play a major role during the lessons. “For me, the soft skill lessons, in particular, were very good and useful. For example, we learned how to build a good LinkedIn page, how to create a powerful resume and that sort of things.”

Although the soft skills have meant a lot to Burcu, she also benefits a lot from her Microsoft certificates. “Thanks to the Data & AI track, I got the certificates faster than I could have done on my own. Techionista Academy has been a great encouragement to me. Without the certificates, I would not have gotten my current job. Having these certificates is simply proof of your knowledge. ”

Burcu particularly liked the fact that the track is given completely online. “That was perfect for me because in addition to my studies at home, I now also had a newborn baby to take care of. At one point it became very difficult and intense, but I did it! A month after finishing the Academy, I started my job as a Data Engineering Consultant at Avanade.”

Burcu has already learned a lot in that new role. “For Avanade, I work with different companies. For the project I’m working on now, I prepare the source data and supply this data to the company so they can derive meaningful insights from it. I usually work with Python and SQL.”

For anyone in doubt about following Techionista’s data & AI track, Burcu has good advice. “Yes, you have to work hard, but if you want to find a job in technology, don’t hesitate. This Academy really works! It’s so much more difficult when you’re trying to do these classes all by yourself. At Techionista Academy you do it together: with your fellow students, with great help from the trainers, and with a lot of energy. ”

Looking back, Burcu is especially happy with the guidance she received. “I always got answers to my questions. Especially my mentors Ime and Shyenne have helped me a lot. And during my job applications, Tamira (Techionista’s co-founder, ed.) Helped me a lot. She really encouraged me to apply. I found that terribly difficult because the application was in Dutch, and I assumed that I would not be able to do that. Because of her I still applied and did several technical interviews. Later I heard that I got the job. I couldn’t have done that without her. It is not just any simple course. They always help and listen and make time for you. ”

I work for a lot of different companies now.