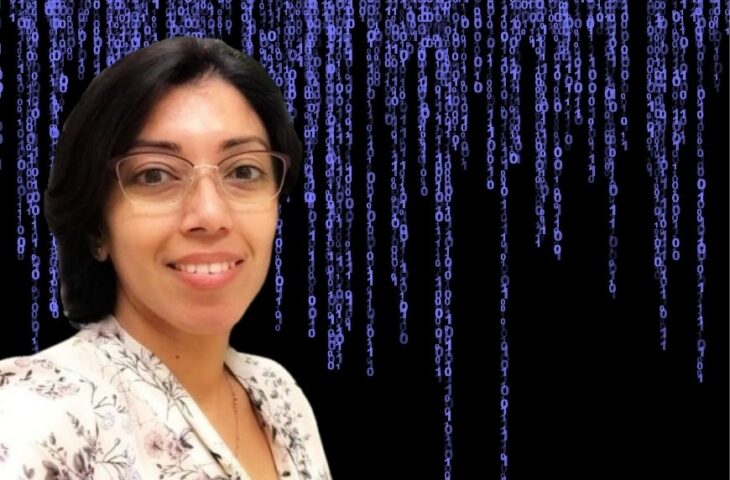 Rumèla Sengupta (47) had already worked in IT for 15 years. First in India, later in the Netherlands. To update her knowledge, she followed the Data & AI track at the Techionista Academy from June to October 2020. “One of the best choices I’ve made in my life.”

After several jobs in IT, Rumèla felt like trying something else and worked as a management consultant for a while. “I enjoyed doing that, but after a few years I wanted to get back into IT. In order to update my knowledge and skills and to increase my chances of finding a good job, I went looking for IT training courses.”

“Via a reference on the IAmsterdam website, I ended up on a Techionista page. When I saw that they offered an Academy in IT, I contacted and registered not much later.”

Before she knew it, Rumèla was back in “school” – which wasn’t always easy. “When I started the training I was 46 years old. I was no longer used to sitting in a chair for hours on end. For me, studying 6 hours a day was the maximum that my brain could handle, so sometimes I had to brush up on the weekends. All in all, I experienced the process as an intensive, but very instructive period.”

Rumèla thought the learning was not only intensive, but also a lot of fun to do. “We had a great group. Everyone was super motivated to get the best out of the training. We stimulated each other when things didn’t work out and we kept track of how things were going. Everyone was so helpful. You really benefit from each other during such a process.”

Online and from home

The entire training took place online and from home, but Rumèla was never bothered by this. “We met regularly on Microsoft Teams, for a meeting or class. We could always chat, ask questions, or call a teacher. We asked questions to lecturers but also to fellow students: that’s how we kept each other sharp.”

The training consisted of online lessons and a lot of self-study. “I really liked that mix, because I was sometimes a bit behind with modules. Because I could do everything at my own pace, I didn’t feel like I was holding back others in their learning process and I was able to catch up on the modules in my own time. Our mentor was very helpful. We were well guided.”

Technology changes rapidly, Rumèla notes. “Thanks to Techionista’s training, I was able to ‘reskill’ myself. Concepts in data science remain broadly the same, but the technology that is used in this process is changing rapidly. You need specific skills to understand certain technologies and I learned them in a short time during the training.”

Following the training is one of the best choices she ever made. “I have had a new job in IT for three months. Without Techionista, this would not have happened so quickly. I now realize that I really am a data geek and feel completely at home. I really wanted to get back into the data and that is simply very difficult if you do not have the most recent technology knowledge.”

In addition to learning useful skills, Rumèla also obtained various certificates. “Many companies value this. Since the training, I have been able to work well with programs such as Python, Azure and Power BI.”

Although the training has been completed for a while, Rumèla is still in contact with her former classmates. “We have a group app called” Class of 2020 “. We still talk to each other there regularly. It’s nice to see where everyone ended up. I am happy that I followed the training and that it has left me with such a nice network.”

100% online was perfect for me, because I also just had a baby.